Once again, Olympic curlers are making waves with their clothing. Or perhaps, the lack thereof.

Russian curler Anna Sidorova has posed for some pretty racy photos, such as the one we have here where you might be forgiven for not realizing there's a curling rock in the photo. 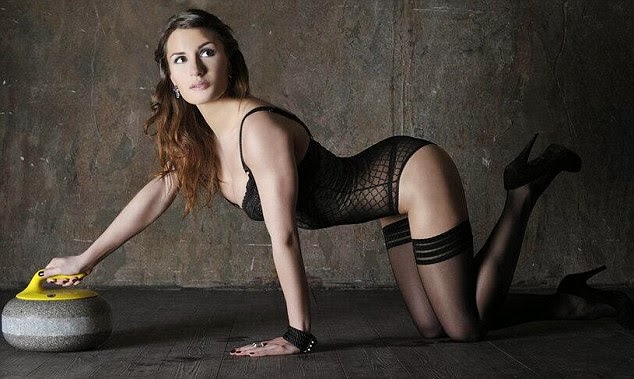 We're not quite sure why this photo was taken. Of course it's being released ahead of the Sochi Olympics, perhaps to take attention away from the Russian's expected performance on the ice.

As far as photos go, this one is "saucy" (as the Daily Mail called it) but there have been far saucier ones, both in the Women of Curling calendar as well as in in other publications around the world.

This year, of course, the men got a chance to strip down and pose for the Men of Curling Calendar.

I'm still awaiting the call for the Men of the Media Bench Calendar.
Posted by BW at 7:30 PM