Oh the rich, rich irony here. Just as we learn that the Canadian Curling Association has cut off funding to its largest province (for reasons we still don't know), it's started a web site looking for donations from those altruistic curlers who want to give back to the game. 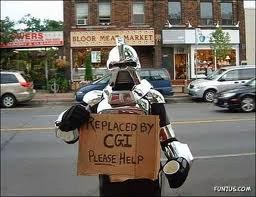 According to the site -- called For The Love Of Curling -- which will have its official launch on Feb. 1, you can donate money or stock, make a one-time donation or become a regular monthly donor, all to help out the Roaring Game. Here's some of what appears on the site:

Through this new fundraising program, curlers will have an opportunity to make a real difference to the sport they love. For the Love of Curling is all about attracting the financial support needed to strengthen the Canadian curling community at all levels – curlers helping curlers.

The reality is that kids are choosing to play video games and other winter sports, and curling clubs are closing. On the international scene, teams are hot on Canada’s heels to take over as the curling nation.


According to the site, the money will go to three areas: 1) getting kids to try curling; 2) curling club development; and 3) ensuring Canadians are the best in the world 4) Kicking Ontario curlers in the love spuds. (Which I kind of thought was what our dues are for, no?)

Now perhaps there are Canadians out there with a few extra bucks who might want to drop them into this program, but I'm guessing there won't be too many of them. One thing we know about curlers is that they are um, relatively um, cheap. Still, it never hurts to ask I guess. All it takes is one rich guy to leave some money to curling in his will.

However, the real reason I think this program won't be a huge success is that it was tried in Canadian golf just a few years ago and was a colossal flop. Golf Canada attempted to create a program where people could join a special program as "members" for which they received a few small benefits. There were two levels of price entry and the money went to help golf in Canada. They had ads with Mike Weir and Graham DeLaet promoting it but it just died a quick nasty death after one year. Most people these days want something for their dollars.

Now I would guess that there are more golfers out there with cash than curlers. And if the golfers said forget it, then I'm not betting on the curlers.