Playdown season is upon us and in Alberta, the field for the provincial final is taking shape. Four teams have already qualified as ConGrikowsky details. 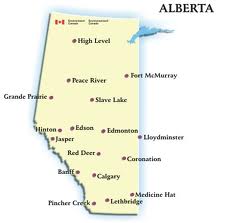 One of those squads, the Jamiei King foursome, by the way, is a rink that was really just looking to have fun and throw a few rocks in between golf games.
“When we got back together, this wasn’t what we were thinking about,” said King. “Even though we said we wouldn’t be scoreboard watching, we did. Then, we realized we had a chance to get a spot.”

****
If you’ve been to oh, let’s say the last 40 Briers or so, you probably ran into Bobby Corman, the Saskatchewan legend who was a fixture at the national championship (as well as world championships). As the Star-Phoenix relates, the legend passed away recently.
As well as a curling fan, he was also a die-hard Roughriders fan. It was at a football game late last year that news leaked that Corman was seriously ill.
He first became a subscriber in 1948 — the year in which the Regina Roughriders were renamed with a provincial emphasis — and remained a fixture at Mosaic Stadium through the final home game of the 2012 Canadian Football League campaign.
Following that contest, won 31-26 by the Toronto Argonauts on Oct. 27, Corman chatted with two volunteer ushers — Jeff Sastaunik and Jeff Kozack — who man the aisle between Sections 26 and 27.
“Bobby used to call us his bodyguards,’’ Sastaunik recalls. “After the game, he said, ‘I want a picture with my two bodyguards.’ ’’
A typically cordial conversation ensued. Sastaunik said he looked forward to seeing Corman again when the 2013 season began.
“He said, ‘I don’t think I’ll be back next year,’ ’’ Sastaunik says. “I asked him why. He said, ‘I’m battling cancer, and it’s not looking good.’ It hit us like a ton of bricks.’’

***
The Canadian mixed is on at the Town of Mount Royal Curling Club (where I threw my very first curling stone). Once again, I ask: “Why?”