The breaking news here this morning is that the American team has decided to bench skip John Shuster for their game against France. This is a pretty drastic move even with the team at 0-4, although you can understand it from the American standpoint.
Shuster has looked positively average here this week, missing some relatively (for this level) easy shots to win games. With a little better marksmanship, he could easily be 3-1. So this afternoon, Chris Plys, the first Olympian to Twitter during a competition albeit from the bench, will call the game and throw third stones, while Jason Smith hurls the last brick.
I’ve never been big proponent for changing the lineup during the course of a competition. First, the four guys on the American team earned its way into the competition and should finish it out. Second, they’re playing France . . . FRANCE! If they can beat these guys, then maybe they should put Bud Somerville in.
However, Shuster, being the good guy that he is, has agreed to support the team and not raise problems.

Speaking of lineup changes, the Russians altered theirs for the game against the U.S. women this morning. This isn’t a surprise – they seem to do this in every competition. The fact that Ludmila Privovkova was scored at four per cent through the first four ends of their previous game and ended up at 36 per cent may have something to do with the change.

OK, now back to what I was going to write about today. Thanks to the generosity of Super Media Attache Karen McDonald, I have some interesting pictures of the Canadian teams and some of their travels through the first few days of the Olympics.
So in this assortment are Morris, Kennedy and Hebert with MTV guy Daryn Jones, the same three with Maelle Ricker, then there’s one of Johnny Mo on the air with FAN 590, and him again with some local firefighters. 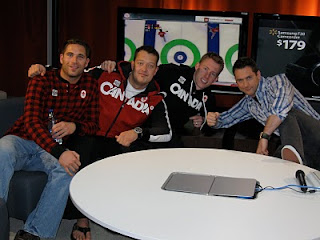 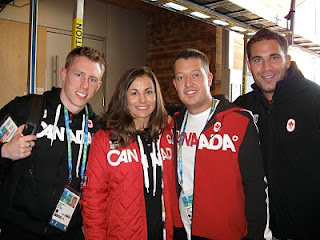 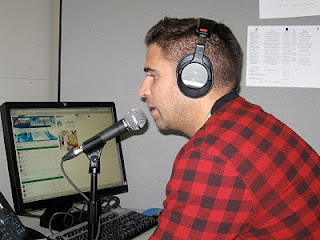 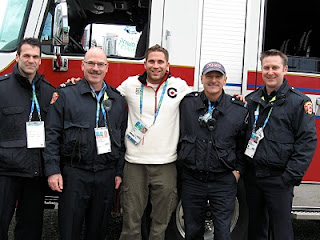 Glad to see John is sticking with the tradtional curling sport drink!
keep up the good work. Thomps is proud of you, scribe!