Mixed doubles gets is own championship 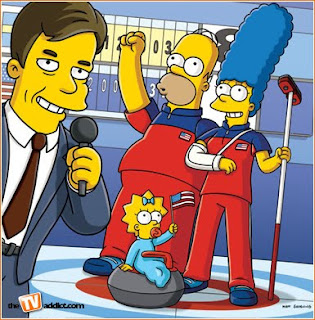 So just how are we going to pick a mixed doubles winner in this country? Jim Bender deals with that topic in his piece in the Winnipeg Sun, talking with Sean Grassie, who was half the team that represented Canada at the 2009 World Championship.

The Canadian Curling Association has decided to hold a separate championship for mixed doubles this year, which is a good and overdue move. In the past, Canada’s representative in this world championship has been half the Canadian mixed winners. That hasn’t always gone over smoothly.

“I like the idea of having a separate championship because you don’t have the problem of deciding who gets to go and who’s not going,” Grassie said. “That makes it tough on a team.”
Grassie was forced to make that decision just after celebrating his victory with the other three. While Grassie has never said as much, it did create some hard feelings with those left behind.

So far, there are no details about the first Canadian championship but it’s expected to come in an announcement this week. According to a previous CCA statement, teams can be comprised of players from different provinces.

Mixed doubles, of course, came to be because curling’s world powers believed it could be added to the Olympic roster as a second discipline. It's been a part of the Continental Cup since its inception. To me, it still seems goofy. I know those who’ve played it say it’s fun and different, but seeing people get up and chase a rock down the ice to sweep it seems silly and a bit demeaning to a sport that already gets laughed at by those who don’t know what’s going on.

Wouldn’t it be better just to add a straight mixed event, you know, the one that has four players on a team? I realize that that means an added expense of two players per squad, but really, is it that much more expensive? This is the cash machine known as the Olympics remember.

Totally agree with you Bob. It's time the CCA stand up to this. It's a joke and like you said there's already lots of people think curling is not a sport and if this goes to the Olympics are sport will be more of joke. Come on lets stand up to this. 4 person is the way to go and if they are saying there's not enough interst in other countries there lies the problem. To much effort is spent a just a number of curlers which is find in ways but not in other ways. Also should be growing your sport in your country just like every province and territory in this country. Amanda Bulger Summerside, PE