As many hockey teams have done over the years, the Washington Capitals held a team building outing at a curling club. This time, it was the Calgary Curling Club. All the players survived the outing. Alexander Ovechkin's pants, however, did not.

The blog Russian Machine Never Breaks, reported on the casualty.

The Caps held what I can only describe as an “intense team building event” at the Calgary Curling Club and I’m sad to report there was one casualty: Alex Ovechkin‘s pants. Let us have a moment of silence for #OviPants.

You can see lots of video and pictures at the site, including many of coach Barry Trotz, who reportedly organized the affair. 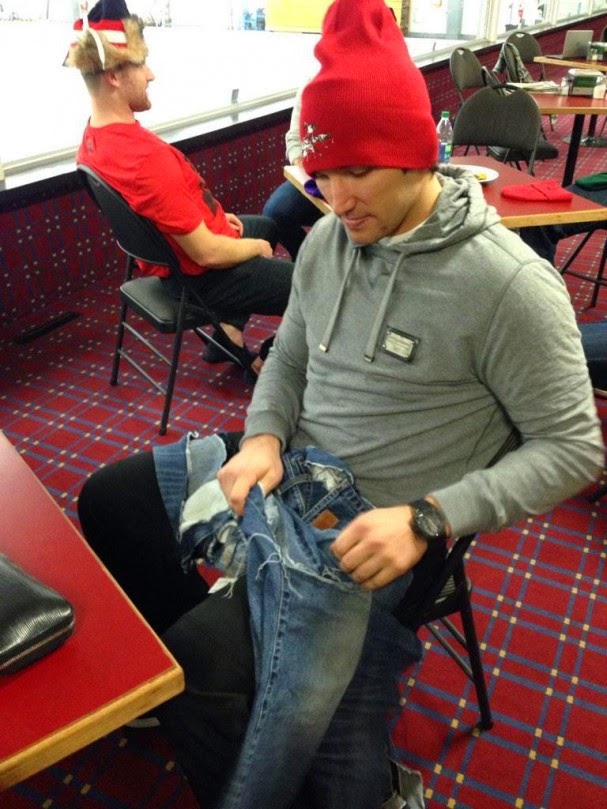