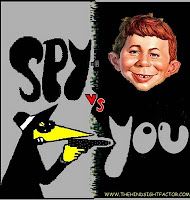 It seems there's been a flurry of clarification and explanation and e-mails and phone calls about this Lynn Hunt stuff since my last post. I was out of the loop, having spent Thursday and Friday in New York (where I interviewed Justin Timberlake, now a Callaway Golf staffer -- he's a really good golfer).

First the clarification: The old CCA website had two different types of stats -- the records stuff where you could find out the highest score in a Brier game or who has the record for the most wins at the Scotties, etc. That stuff is apparently going back up on the site, according to an e-mail I got from Jim "Hollywood" Henderson, the president of the Canadian Curling Reporters (Yes, Virginia, there really is such an organization) who was in touch with The Boss, Greg Stremlaw.

What isn't going back up is the game/stats/shooting percentage stuff. That's the stuff CCA Director of High Performance Gerry Peckham wants to keep in the Top Secret file, lest any prying nation try to figure out how many in-turns draws Rudy Ramcharan missed in the '97 Brier. Hey, here's a thought: if you really wanted to keep all those other nations at a disadvantage, why not prohibit Canadian coaches from teaching them?

I was sure it had to be a mistake or misunderstanding when I read the original post. Unnnnnnnn-believable. It's no wonder the CCA wasn't interested in the services of a truly knowledgeable web developer when he approached them with a proposal a few years ago... He might have done something truly innovative with the site and ruined Canada's chances forever!