The competitive season is in full swing and some of the big guns notched wins over the weekend, in between turkey dinners.

In Calgary, the new-look Kevin Koe team took top spot at the Crestwood Fall Classic, knocking off Steve Laycock in the final. Koe has an interesting rotation with third Marc Kennedy still sweeping skip rocks with Ben Hebert while second Brent Laing holds the broom for skip stones. While unusual, it certainly makes sense, keeping two of the best sweepers in the game together.

Norm Cowley has all the details on what Kennedy called a lucky win.

"That game, for sure, we were a little fortunate,” said Koe. “We were in big trouble the first half of the game. We got a good break there to steal two. After that, we played pretty good.”

Meanwhile, what many would view as the top two women's teams in the game met in the final of the Calgary Autumn Gold spiel. This has always been one of the majors in the game and so no surprise that these two made it to the final.
Jones ended up winning the event but was full of praise for her opponents in this Calgary Sun story by Daniel Austin.

"They’re a tremendous team and I’m sure,hopefully, we’ll play them a couple more times,” Jones said. “They’re an amazing team, everybody knows that, and we know we always have to play our best to beat them … it worked out well for us today.”

Before the game, the Jones team took in a little Thanksgiving turkey at some of the skip's relatives, posting this great shot on the team's official Facebook page. Love the hats ladies. 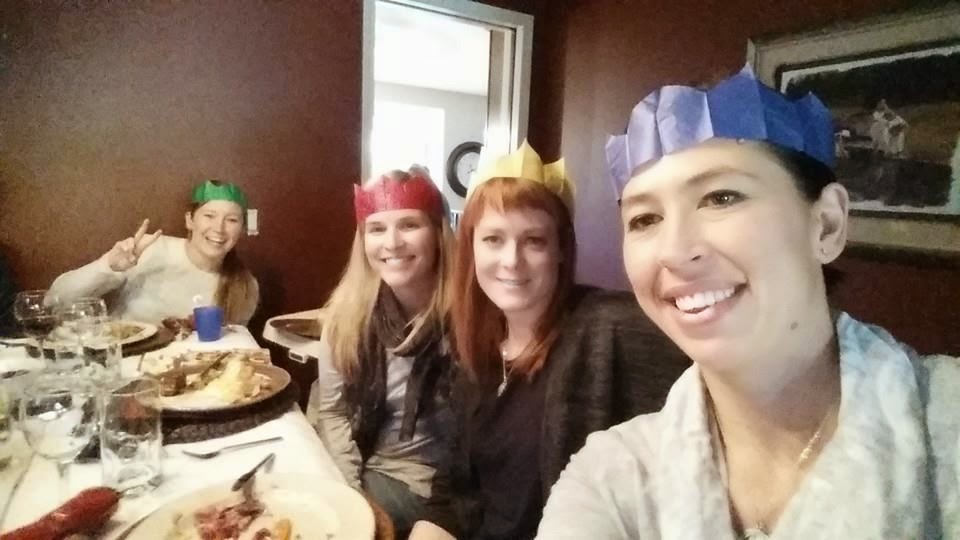