Wall Street Journal in running for best curling headline ever

The Wall Street Journal doesn't usually cover curling but in the lead-up to the Olympics the paper had writer Brian Costa pen a piece on the roaring game. The focus of the article was how the fitness levels of curlers today has improved and whether it's that important to being good at the sport.

The headline was certainly eye-catching. 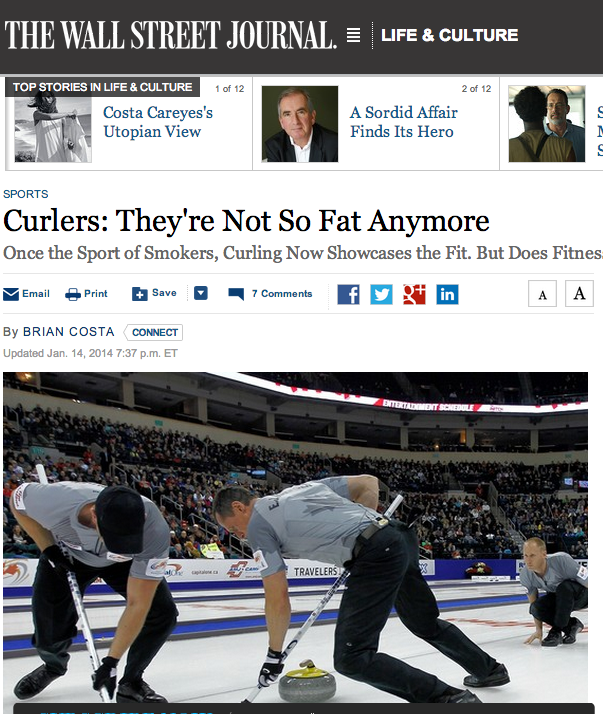 That quote machine John Shuster once again offered up a good gem based on his previous Olympic experiences.

"The people playing look like athletes now," said American curler John Shuster, 31, who will be competing in his third Olympics. "In the Olympic Village, we used to stick out. Like, 'Oh, there's those curlers.'"

It's a good read and an intriguing topic. Do you think the best curlers are also the fittest curlers?