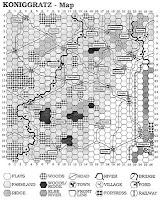 At the risk of piling on, I have a few more comments for the playdown change being discussed in Ontario. There was a meeting on Saturday that was well attended and delivered a lot of good ideas for the OCA to consider. There’s also a good thread on curlingzone.com on the topic with many of the top players involved. I tell you there are more permutations and considerations being bandied about, it's enough to make you go crazy.
My two cents is that the following needs to be accomplished:
Shorten the week at the provincials: That means moving away from the 10-team round robin and into some sort of pool system. I don’t think triple-knockout would be right for a provincial final as it makes promoting games ahead of time next to impossible. You want that Howard-Middaugh match-up on Thursday night to draw a bigger crowd.
Don’t use the provincials to promote the Ontario Curling Tour: There’s been talk about giving a multitude of entries via the Ontario Curling Tour standings and about using individual bonspiels to reward entries. I don’t think either system works. Perhaps the overall leader on the OCT should get a spot but that’s about it. This is about getting your best teams into the provincials and hopefully on to the Brier and the best teams will be more likely to show up on the CTRS. That’s who you want there. For instance, would you rather have the second place Ontario-based team on the CTRS or the fourth-place OCT team?
And bonspiels are dangerous if they’re not run by the OCA as you have no way of knowing if they’ll last. Cashspiels come and go so to designate an OCT stop as providing the winner with a spot in the provincials shouldn’t happen.
Reward the Defending Champion: Sure, every once in a blue moon you get a surprise winner, but look at the list of champions over the last 25 years and there is only a couple you wouldn’t really, really want back.
Challenge Round. I was originally against this, but I think based on the possibility of getting bad ice, illness or other conflicts, there should be a last-chance spiel. And I would open it up to any team not already qualified, whether it played in the playdowns or not. But you only need one, not two of these, if the number of entries from the past two years is any indication. Two teams emerge from this.
So my thinking? A 14-team, two-pool seeded format based on the following:
Defending champion (1)
CTRS leaders (2)
OCT leader (1)
Regional winners (8)
Challenge Round (2)
Posted by BW at 12:41 PM

Always good to get your thoughts. I only see a couple of difference and what I have proposed on Curlingzone:

1) I favour a triple knockout and I believe more provinces are going this way as well. It shortens the competition (a stated goal of yours) and you can still be assured that good teams will be playing during the Thursday and Friday night games. Big Thursday games are great when your event starts Monday, and that game provides a "start" to the event for some/many people. In fact, if you were willing to have the SF and F on Sunday, then the entire competition could start play on Thursday morning (perhaps Wednesday PM).

2) I would rather use a direct entry into the provincial as an additional incentive to an existing bonspiel than have 1 or 2 separate OCA events (i.e. challenge round). I believe the OCA has currently has difficulty year after year getting clubs to give up weekends for this event.

3) I hear so much talk about ensuring we have the best possible field. What exactly does that mean and who decides it. In my opinion, there may be 4 truly elite teams in Ontario at any given time and everyone else is pretty much equal, depending on the weekend. Granting the defending champ, 2 CTRS leaders and the OCT Leader/Winner certainly takes care of those teams. So what is wrong with using the event/spots to build participation in existing events, be they OCT or OCA? For example, the US Amateur winner gets direct entry into the US Open and Masters. Why can't we do something similar. The bottom line is increased participation in competitive curling is what we should all be striving for, as this will benefit curling and curlers at the end of the day.

Always good hearing from you.

Bob,
Your system is very close to the proposal Team Howard has submitted to the OCA. Have you been reading our mail??? Craig Savill on behalf of our team has spent many hours discussing and researching this and has come up with the 14 team 2 pools of 7 concept to be the most accommodating for all sides. We also feel that the 4 additional teams be chosen in the same manner you have suggested. Returning champ, (2)CTRS, (1)OCT. At this time it is our feeling that the existing system should be left as is because it still provides for a very inclusive system which is regionally based. Perhaps sometime in the future the zone/regional system should be changed but we do not believe that time is now.
Drew, where the hell have you been??? I see your mom and dad everywhere. Blow the dust off those shoe's off yours and get back in the mix big fella. I'll be looking to see your name signed up next year in the playdowns, here Bob is looking for a team. You two should talk.
Rich Hart

Once they give direct entry to the top 200 CTRS teams in Ontario, then I will enter the playdowns, confident that I will have a 25% chance of qualifying. Seriously, congrats on your 4th Hart!! You guys are awesome! It is good the OCA is getting input from curlers, and hopefully implementing as well.

"
2) I would rather use a direct entry into the provincial as an additional incentive to an existing bonspiel than have 1 or 2 separate OCA events (i.e. challenge round). I believe the OCA has currently has difficulty year after year getting clubs to give up weekends for this event."

Drew (and bob), I can see positives and negatives to both. If one of these bonspiels happened after the "regionals" it would be a de facto challenge round, if one happened before, it would open a lot of weekends for Christmas shopping.

Bob's point about a sickness, bad weekend, etc is somewhat valid but applies to only teams on the bubble.

Curling should reward consistency. Win or place in spiels and you would be rewarded.

But then, what do I care? I live in Buffalo.

I haven't seen your system yet, but you know us journalists, we're pros at plagiarism.

Drew, nice to know you're alive. I like your ideas except for the triple.

Hi Bob:
As one who attended the meeting there seemed little appetite for a triple knock out type of event.
As one who has been on the organizing side of curling events, the worst thing to do is entice people to pay admission and watch when they have no idea who will be playing who in advance.
You can hear their frustration on the phone when you can't tell them when their favourite team is playing.
This is especially true for the casual fan who only watches curling on television and who we should be trying to convert to attend a Tankard.
From a marketing perspective one's marquee event should be formated to be the most accessible and easy to follow.
Joe Pavia